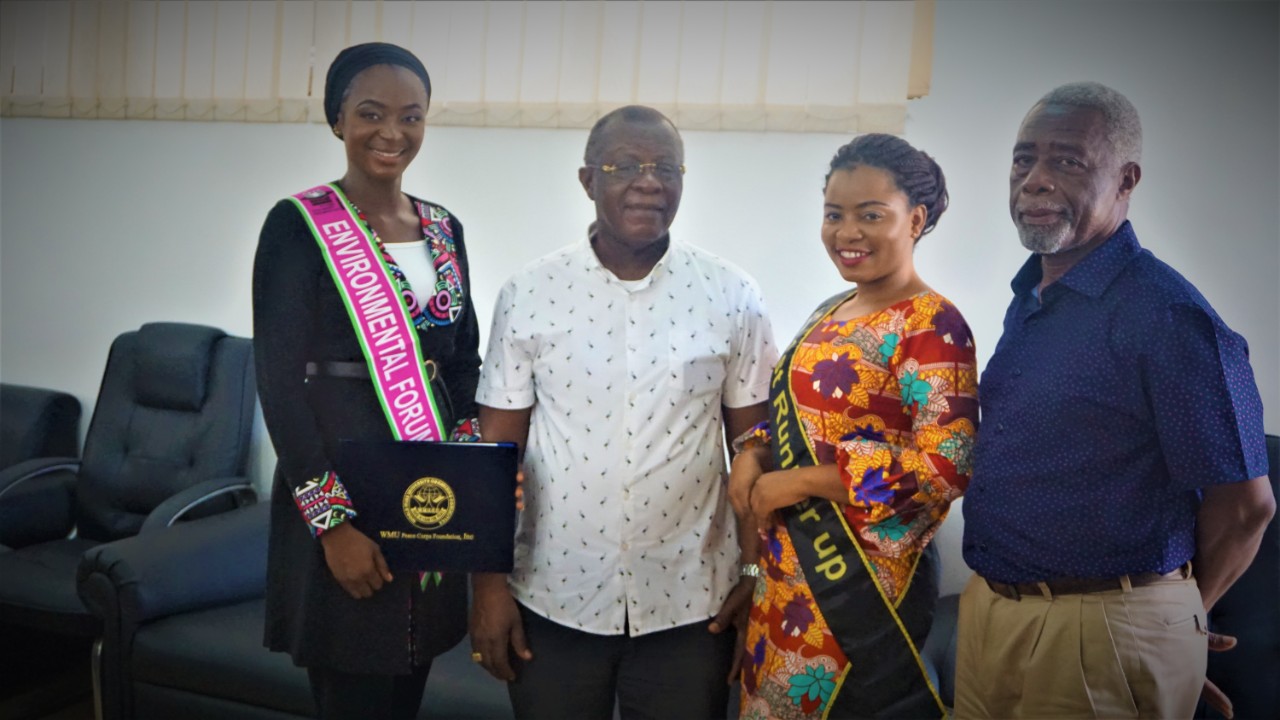 Anita Dossu with her stage name as Enam in the recent Ghana’s Most Beautiful pageant said her reason for participating in the pageant was to give her the platform to impact lives .Enam as popularly known mentioned that her project during the pageant was teenage pregnancy which she felt was cutting short the dreams of young girls to educate themselves and be useful citizens to society. She revealed that the Volta Region which happens to be where she hails from coincidentally recorded the highest cases of teenage pregnancy, hence her concentration on young girls in the region.

On the other hand her counterpart is a level 300 BSc Management and Computer Studies student, Miss. Fairuza Nabia Sulleman also shared her experience with management after participating in the just ended World Miss. University pageant in South Korea. Miss Nabia Sulleman commended the management and lecturers for supporting her throughout and encouraged her colleagues not to allow academic work hinder them from unearthing their talent.