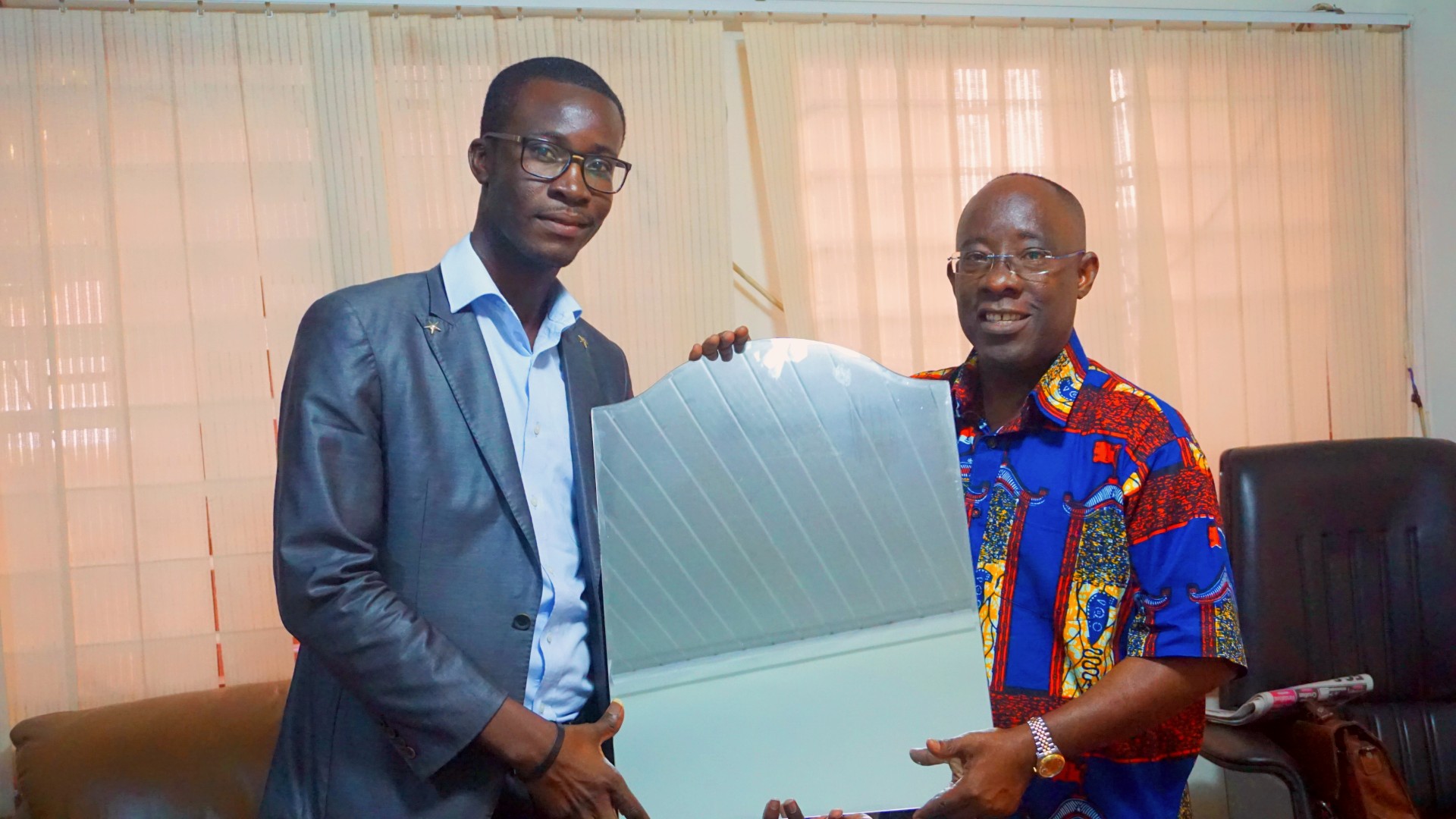 A level 300 student of the Wisconsin International University College (WIUC-GH), Oscar Jonas Tei-Mensah, has donated 16 boxes of designer mirrors for the washrooms on campus.

The immediate past General Secretary of the Law Students Union (LSU) of WIUC-GH made the donation on Monday, 20th January, 2020 at a short ceremony campus. Receiving the items on behalf of the university, the President of the University, Professor Obeng Mireku, was elated that a student has extended such a kind gesture to address the concerns of his fellow students. He commended Mr. Oscar Tei-Mensah for such a gesture and encouraged other students to emulate the good example.

On his part, Mr. Tei-Mensah also thanked the Vice Chancellor and the management of the school for accepting his contribution which is aimed for the benefits of his colleagues and encouraged other stakeholders and students to replicate his gesture.

This is not the first time the former NASPA National President has made such a philanthropic gesture to students of the university. As a motivational speaker with Fortune Life Consult, he donated over 1,000 pens to students in the last academic semester as he wished them the best of luck during their end of semester exams. He has, also, recently donated washroom disinfectants, water closet (WC) nets, liquid soaps, air fresheners, toilet rolls, hand sanitizers and many others to the Nursing Students Association (WIUNMSA) of the university.