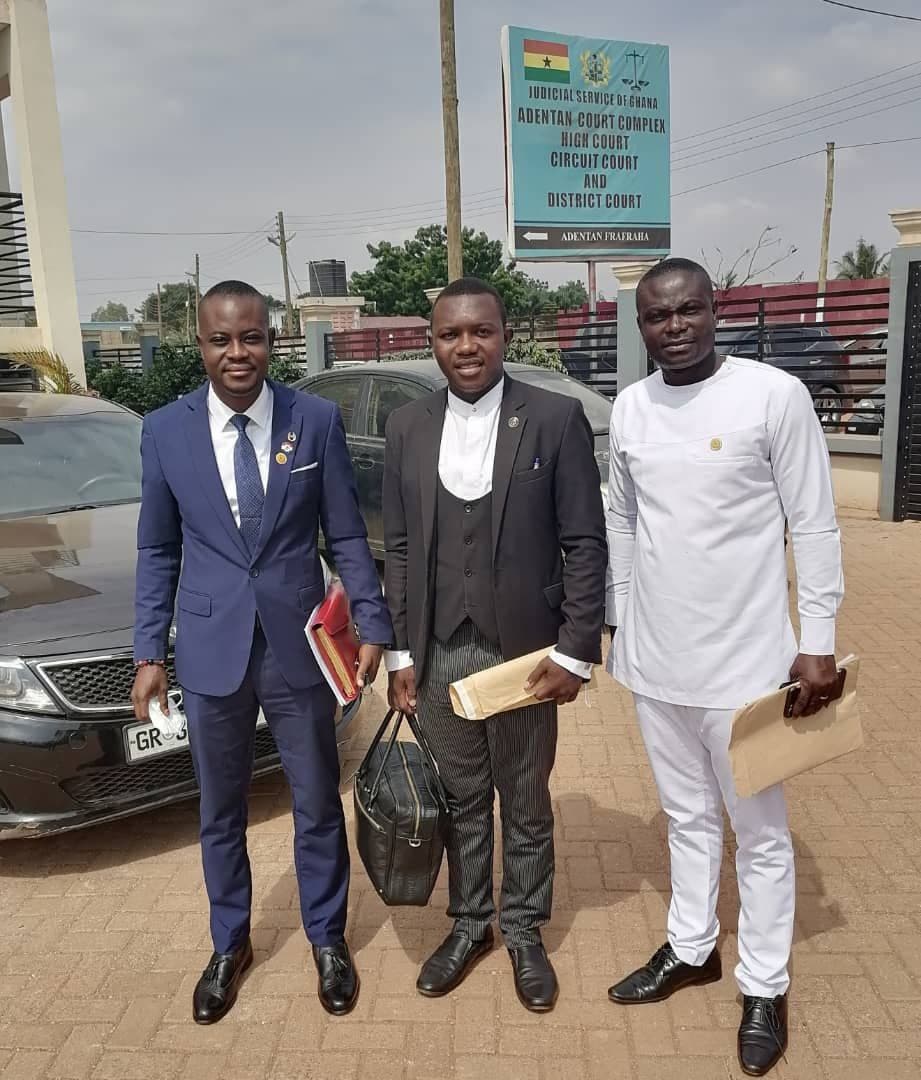 Barely 24 hours after the swearing in of the newly elected SRC executives of the Wisconsin International University College, the head of the legal team and chairman of the steering committee of SRC were in court over a case brought before them and the Dean of Students by Marshall KM BOBOBEE, another students of the university over issue concerning the implementation of recommendations made leading to the elections of substantive SRC body.

In what can be described as a legal showdown starring legal brains from the Wisconsin university fraternity, the court proceeding saw a former law graduate of the university Faisal Ziblim, Esq of the 2017 year group representing the SRC.

In his submission,  lawyer for the complainant (Marshall) informed the court that their motion for interim injunction was to prevent the Steering Committee from conducting the elections; but some actions had taken place relative to the elections which affects the essence of their case and wanted the court to give further directions on that.

In responding to the Judge’s query on whether he had any objection to the submissions by the complainants, counsel for the SRC, Faisal Ziblim, Esq. informed the court on a point of law to the effect that that his contention is with the fact that the process is not properly before the court as indicated in Order 2 of CI 47 which says “all proceedings must be initiated by a writ unless another law states to the contrary, and there was no known law under which we know which permitted that…..” adding that “the closest would have been an application for Judicial Review, however, they did not complied with order 55 of CI 47 so it cannot be under that provision.”

With these submissions the judge had no option but to adjourn the case sine die, meaning the complainant will have to refile a new process without which, the case will become moot.