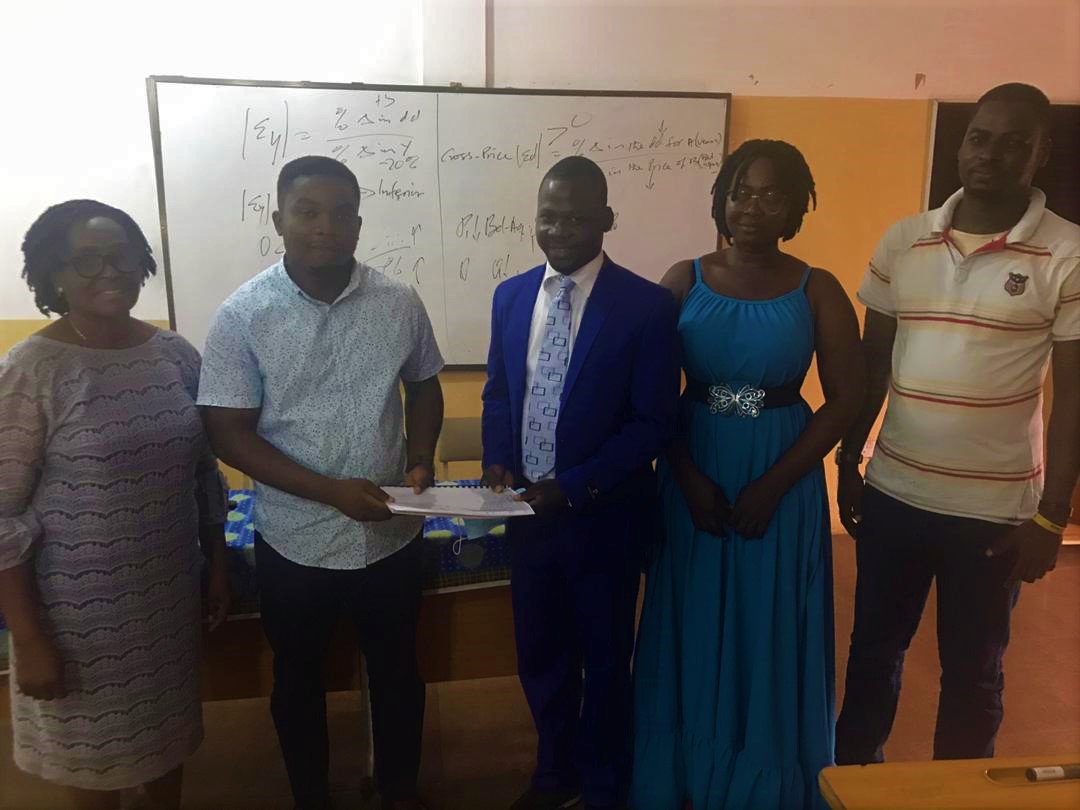 In a very hearty farewell message to the university communication, the out-going S.R.C President Mr. Bernard Dzapkasu expressed his profound gratitude to the management, staff and students for their immense support during his time as S.R.C President.

The Business Studies (Course of study ) major, his farewell statement  outlined some key achievements of his administration notable among them policies that brought relief to students. He stated that some of his major interventions was to ensure improved access to WIFI on campus, creating an SRC app which ensured that students were updated with School and SRC activities, one student one laptop initiative which was one of his major campaign promises, extension of registration period and many others.

He continued to say that his administration had embraced good governance and transparency in the exercise of their mandate and dealings. “My administration has shown the way by auditing our accounts as stipulated by the constitution and our audited accounts are public documents”, he wrote. Adding that “Our successes have impacted the lives of hundreds of students and nothing can change the imprints our policies and advocacies have had on the hearts and minds of our fellow students”.

Mr. Dzapkasu paid glowing tribute to the Dean of Students of the university, Madam Loretta Tetteh and for her immense contribution towards students’ affairs saying. “The late night and early morning calls and visits to the hostels together with the Dean of Students to settle disputes and interact with students improved my human relations”.

He furher commended his team of executives and other leadership complimenting them “a group of smart and courageous, dedicated to the vision of making University education easier for all”.

Meanwhile due due to the delays in the resumption of school as a of outbreak of the COVID 19, an interim management committee (IMC) has meanwhile been put in place to take over from the Mr. Dzapksu administration to steer affairs of the student representative council until a substantive administration is elected.